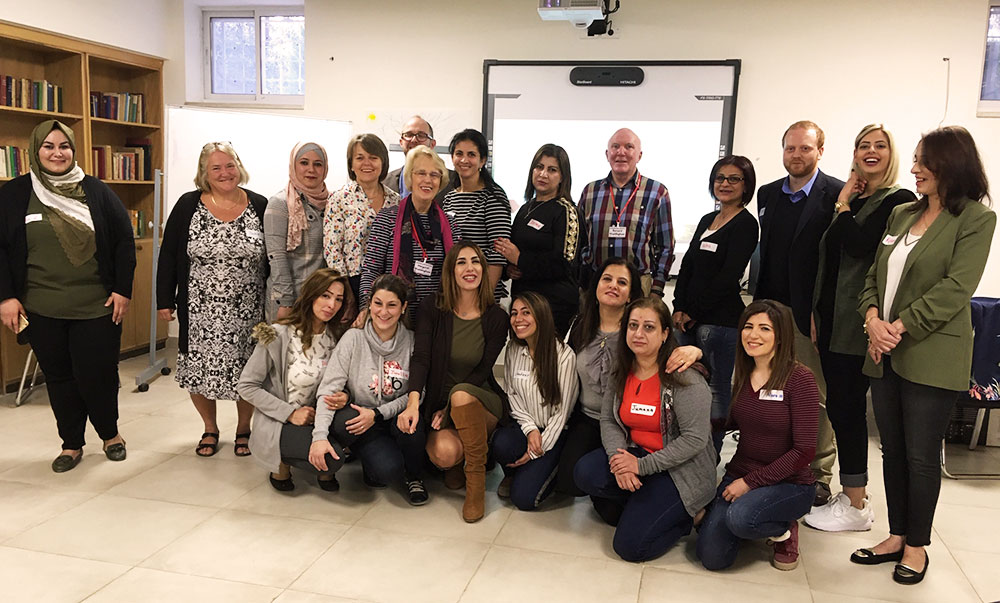 The CNT Team returned in November to complete the training of our third group of LPJ teachers of English in Jordan. Since their initial training in November 2018, these teachers had gained confidence in the new teaching methods and posted their lessons on a WhatsApp forum. The photographs below show a busy workshop on its first day. 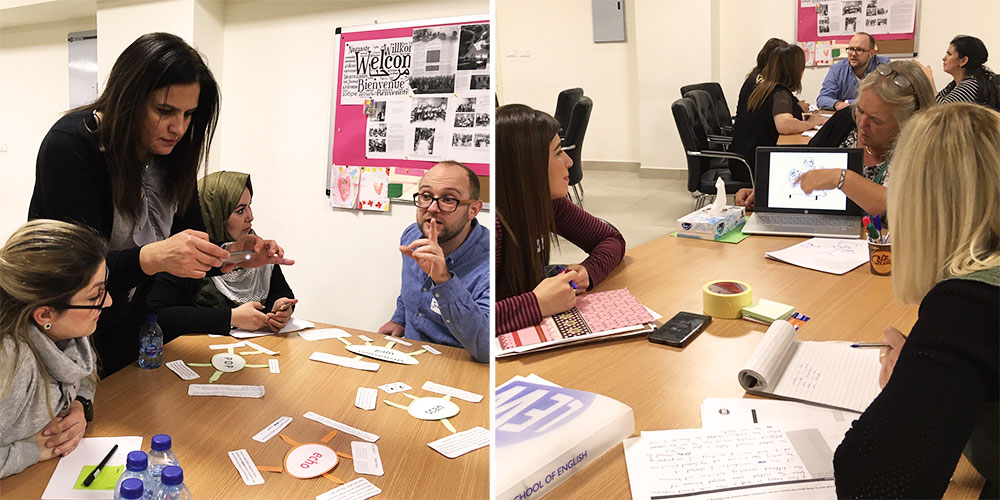 For the next three days, the tutors travelled around Jordan observing the teachers in their classrooms. The tutors were very pleased with the innovative sessions they saw and the progress that these teachers had made.

Travelling around, Bernard and I seized the opportunity to catch up with old friends like Heba, a teacher in Houson, where one of her eight year olds told me off as I said Shukran: “No Arabic in the English lessons” he responded. Heba had done her job very well and established a system whereby only English is spoken in the classroom, a far cry from when I first visited the LPJ schools in 2005. 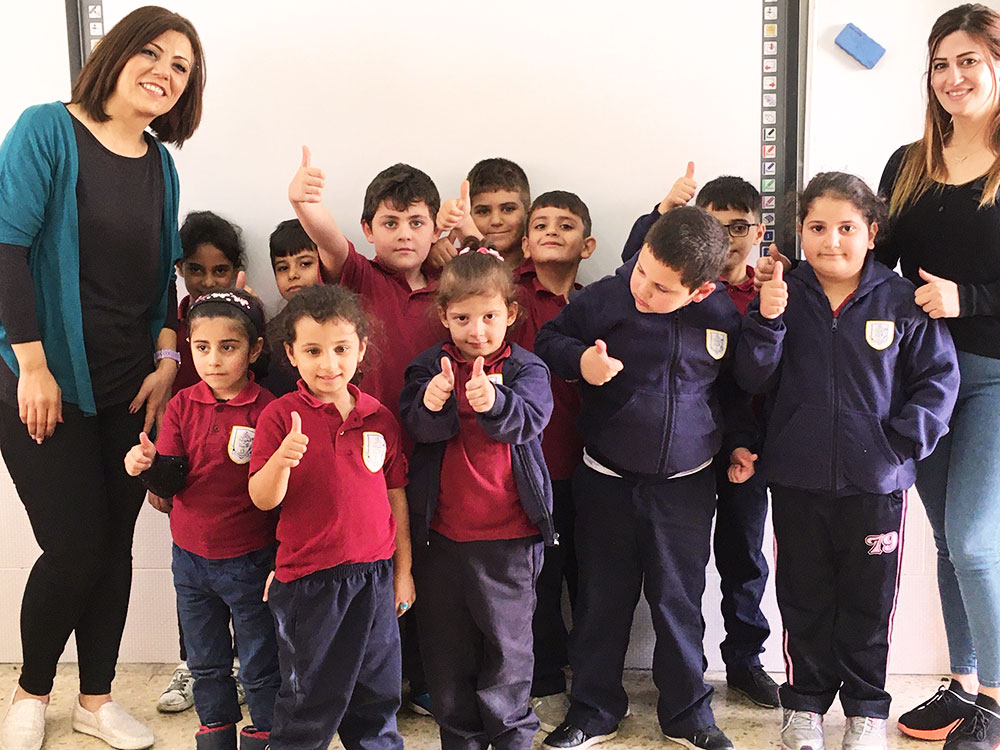 David led Drama workshops in three different LPJ schools, Madada, Houson and Jubeiha which proved a great success and source of excitement. He was thrilled to see some of his methods being implemented as confidence in the use of expressive and clearly pronounced English was being encouraged.

On the final day, Rula and Shireen, two of the teachers who had first received training in 2012, gave impressive PowerPoint presentations on how they had used their training. We were moved to tears. They are exemplary role models:  Rula has become the first English Supervisor and Shireen supports Kindergartens. As with the majority of the teachers CNT has trained, Rula and Shireen have used their training to the utmost, inspired others and cascaded best practice wherever possible. CNT is very proud of all that they have achieved.

The CNT Team is confident that these teachers can continue the momentum of change.  They are well on the way to self-sufficiency.  CNT has promised to be there for them but in not such a direct manner.