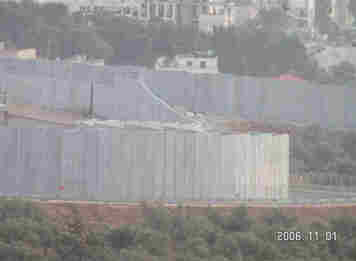 On reflection, the Mass itself was as spiritually uplifting as on the two previous occasions but the traumas and hassles surrounding it made one feel it is no longer an experience for more mature and less energetic folk. But we all felt quite strongly afterwards that any discomfort we experienced was nothing compared to the daily suffering and privation affecting the Palestinians. It is a humbling experience to be among them and with them and yet it is not disheartening. Their hardship seems to provide them with a faith and strength to be respected and admired. 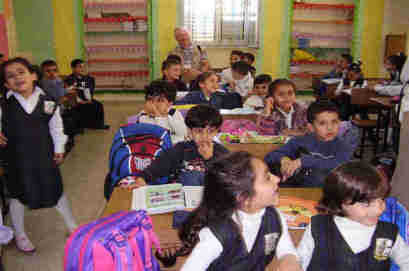 This was my sixteenth visit to the Holy Land in six years, all of that time within the period of the current intifada. I came away this time with more feelings of sadness and pessimism than ever before. I think it is the monstrous wall that causes the most anger and depression. However there is one thing particularly that makes me go back as frequently as I can – the children who are a joy to behold and just being there with them raises hopes and gives every incentive to help them and their families. For those who have never visited, I beg you to go – you will not be disappointed and you will definitely want to return. For those who have been already, please go back as often as you can.

Above all, these oppressed and deprived peoples desperately need our prayers and the Latin Patriarch’s plea for prayer should not be ignored. Surely it is not too much to ask of every Christian to say a prayer daily for their kindred spirits in the Holy Land.